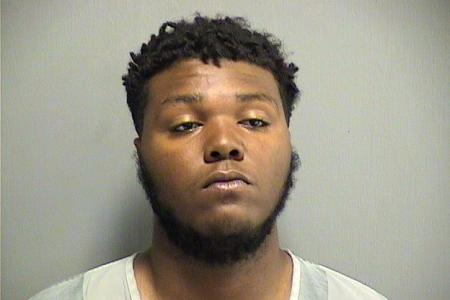 While most St. Tammany Parish residents were finishing up their holiday shopping and prepping their Christmas ham, St. Tammany Parish Sheriff’s deputies arrested two individuals wanted in an attempted armed robbery that occurred two days before in the parking lot of the Covington Wal-mart.

14:64:3 attempted armed robbery with a firearm; and

14:92 contributing to the delinquency of a minor

He was booked into the St. Tammany Parish Jail.

A 15-year-old Covington juvenile was also arrested for

He was booked into the Florida Parish Juvenile Detention Center.

Deputies responded Monday evening, Dec. 22 to the report of an attempted armed robbery in the Wal-mart parking lot near Covington.

Two individuals told deputies they were sitting in their vehicle shortly before 6 p.m. when two black men, now identified as Shawn Miller and the 15-year-old juvenile, approached the vehicle and attempted to rob them. Miller was armed with what appeared to be a Glock handgun.

When one of the victims yelled for help, drawing attention to their location, Miller and the juvenile became scared and ran away from the parking lot.

They were located and taken into custody without incident Tuesday, Dec. 23.