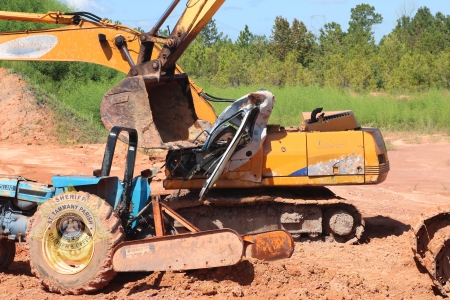 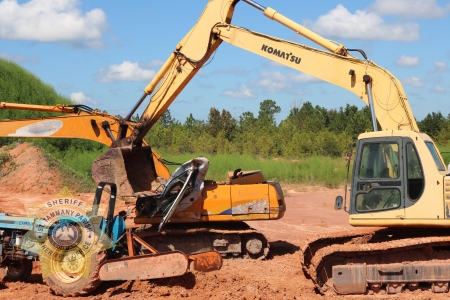 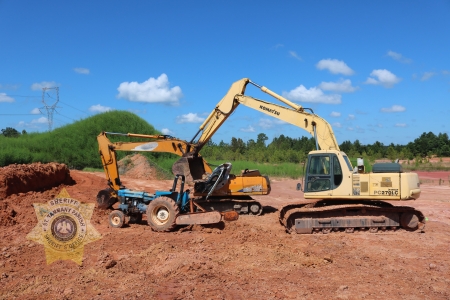 The St. Tammany Parish Sheriff’s Office has arrested two individuals after it was discovered they were responsible for causing a significant amount of damage at a local dirt pit.

On Sept. 28, STPSO deputies responded to a dirt pit on Highway 1129 near Covington after an employee discovered damage to the work site and pieces of equipment when he reported to work that morning.

The St. Tammany Parish Sheriff’s Office learned that Riley Authement (DOB 1/11/1997) of D’Iberville, Mississippi, and a 17-year-old family member from Covington had entered the dirt pit property on an ATV at some point during the night prior, damaged the property by digging holes and caused more than $10,000 worth of damage to a tractor and more than $30,000 worth of damage to an excavator.

Deputies located the ATV and the two individuals at a nearby camp in Washington Parish.

Following an investigation into the matter, the 22nd Judicial District court issued warrants Oct. 7 for the arrest of Authement and the 17-year-old juvenile.

The juvenile was taken into custody during a traffic stop on (Oct. 9), and Authement was picked up at his residence in Mississippi later that same day.

Authement was booked into the Jackson County Detention Center and is awaiting extradition to St. Tammany Parish, where he will be booked on the following charges:

The juvenile was booked into Florida Parishes Juvenile Detention Center on the same charges.