Arrests Made After Marijuana Found Growing in Slidell Area Home 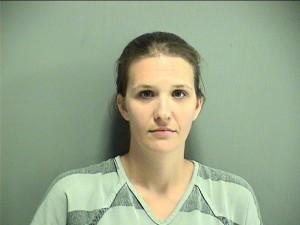 The St. Tammany Parish Narcotics Task Force received a complaint last month of marijuana being grown in a Slidell-area home.

Diaspro advised agents that she had some personal use marijuana and that she and her boyfriend, Charles Ammons (DOB 4/20/1985; same address), had an “experimental marijuana grow” in their bedroom.

Agents obtained a search warrant for the residence and recovered two high grade marijuana plants as well as a small growing operation and the equipment to run the grow.

Several items of paraphernalia, including a marijuana pipe which was located next to a video game controller, were located in the master bedroom of the home.

On July 23, Diaspro’s child was turned over to a family member, and she was booked into the St. Tammany Parish Jail.

Both subjects were arrested on the following charges:

L.R.S. 40:983 (Operation and creation of a clandestine laboratory)

L.R.S. 14:92A11A (contributing to the delinquency of a minor while in possession of a C.D