Arrest Made in Slidell-area Shooting 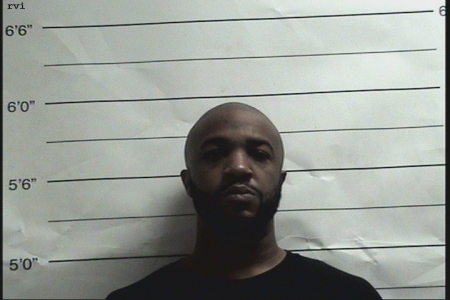 The St. Tammany Parish Sheriff’s Office has arrested a New Orleans man in connection with a Slidell-area shooting that left one man critically injured last month.

STPSO deputies were dispatched to the 500 block of Sunset Drive around 12:30 a.m. on July 8 after a caller reported a person had been shot following an altercation.

Detectives learned the shooting took place following two separate physical altercations that occurred between the victim and another individual.

It was during the second altercation that a third individual, Maurice Williams (DOB 8/17/1987), opened fire as the victim was leaving the scene in a vehicle.

The victim was struck by gunfire and was transported to a local hospital where he underwent surgery and has since been released.

Once identifying Williams as a suspect, a warrant was issued for his arrests early Monday morning (Aug. 20).

With the assistance of the New Orleans Police Department, STPSO detectives conducted a search warrant shortly before 5 a.m. Monday (Aug. 20) at a New Orleans area residence, where Williams was located and taken into custody. At the time of his arrest, Williams was found to be in possession of several firearms and illegal narcotics.  Additional charges will be forthcoming from NOPD.