Arrest Made After Man Found Sleeping in Mandeville-area Home 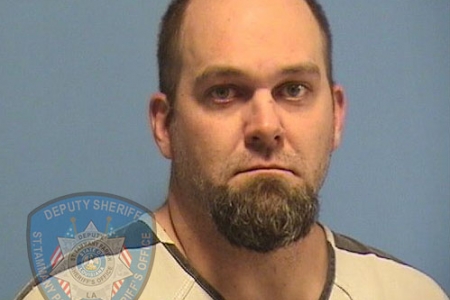 The St. Tammany Parish Sheriff’s Office arrested a man early Tuesday (April 5) morning after he went into the wrong house and fell asleep.

At approximately midnight Monday (April 4), STPSO deputies were dispatched to the Quail Creek neighborhood near Mandeville in reference to a vehicle that was abandoned after it had been crashed into a tree near the entrance to the subdivision.  Deputies located the heavily damaged, unoccupied vehicle near the intersection of Soult Street and Sycamore Place, and determined the registered owner was a resident of Quail Creek.

Deputies located the driver, Stephen Carlin (DOB 7/15/1978), after another Quail Creek resident called to report an unknown man had entered her house through an unlocked door and was found sleeping in one of her bedrooms.

Deputies woke Carlin, who appeared to be heavily intoxicated, and arrested him. He was booked into the St. Tammany Parish Correctional Center for Careless Operation, Failure to Report a Crash and Unauthorized Entry of an Inhabited Dwelling.  He was released on a $4,000 bond.