Alabama Man Arrested on His Way to Court in Stolen Car 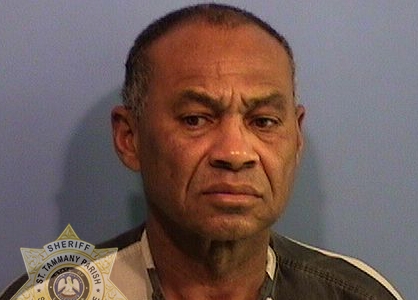 A man recently released from jail and expected to appear in court Wednesday (Feb. 27) was rearrested this morning after he was spotted driving a stolen vehicle.

Wednesday (Feb. 27) at approximately 8:30 a.m., deputies observed a stolen Honda Accord headed west on Interstate 12, and a pursuit ensued. The vehicle exited the interstate at Highway 21 near Covington and turned onto Pinnacle Parkway, traveling against the flow of traffic.

STPSO deputies, with the assistance of Louisiana State Police, were able to block the stolen vehicle in on a roadway behind several local businesses.  No one was injured in the pursuit.

The driver, later identified as Leroy Campbell (DOB 12/27/1954), of Saraland, Alabama, was taken into custody without incident, and was subsequently booked in to the St. Tammany Parish Jail on the following charges:

Campbell, who has a history of arrests for burglary and auto theft, was released from the St. Tammany Parish Jail Friday (Feb. 22) and plead guilty in 22nd Judicial Court Tuesday (Feb. 26) on unrelated charges for felony possession of stolen property.

When he was taken into custody Wednesday, Campbell had paperwork in his possession indicating he was to appear again in 22nd Judicial Court Wednesday morning for a status hearing.

Additional charges may be forthcoming relative to auto theft.  On Saturday (Feb. 23), St. Tammany Parish Sheriff’s deputies were dispatched to a Covington-area business, where they took a report of a stolen vehicle. Video surveillance obtained at that time showed an unidentified black male leaving in the stolen 1999 Honda Accord, which had been left in the parking lot with the keys in the ignition.