Abita Springs Man Arrested After Attacking A Couple in Their Home 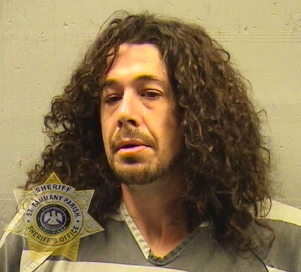 An Abita Springs-area man is facing attempted murder charges after he came into a couple’s home and attacked them with a hatchet and a sickle.

At approximately 5 p.m. Tuesday (April 21), St. Tammany Parish deputies responded to a residence in the Hillcrest area near Abita Springs in reference to a woman who reported she had been stabbed.

When deputies arrived at the home they located the woman, who was bleeding profusely from several cuts. Using a tourniquet and their training, deputies were able to subdue the bleeding until emergency medical personnel could arrive.

The woman’s husband had also sustained a small cut to his head. He told deputies Michael Quave came to the home while he was sleeping and had entered the couple’s bedroom armed with a hatchet and a sickle. He said Quave struck him with the sickle before striking his wife numerous times with the hatchet.

Quave (DOB 2/27/1981) of Abita Springs was located at his nearby residence. He was taken into custody and booked into the St. Tammany Parish Jail on two counts of L.R.S. 14:30/27 Attempted Second-degree Murder and one count of L.R.S. 14:60 Aggravated Burglary with a Weapon.

The woman was transported to an area hospital to be treated for her injuries.

This is an ongoing investigation and no additional information will be released at this time.