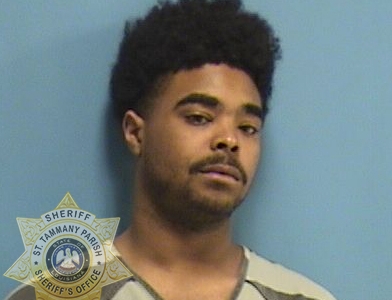 The St. Tammany Parish Sheriff’s Office has arrested an 18-year-old on rape charges.  Detectives have identified three victims, ranging in age from 11 to 13, which the subject targeted through mutual acquaintances and via the popular social media application – Snapchat.

In November 2020, the STPSO Special Victims Unit Detectives began an investigation of the sexual assault of an 11-year-old.

As part of that investigation, in February 2021, detectives secured a warrant for and arrested 18-year-old, Ryheim Ross of Covington. He was booked into the St. Tammany Parish Correctional Center on one count of Louisiana L.R.S. 14:42(A) 4 First Degree Rape/Victim under 13 years of age. It was during this investigation, however, that detectives learned of two additional victims, ages 12 and 13 at the time of the crime.

While interviewing witnesses during their investigation, detectives also uncovered evidence which led to Ross being booked on one count of L.R.S. 14:35.3 Domestic Abuse Battery in March 2021 in connection with injuries he caused to his live-in adult girlfriend.

Given the nature of the crimes and the fact that Ross was targeting his victims via mutual acquaintances and thru social media, detectives have reason to believe there may possibly be more victims out there.

"It is utterly appalling that this suspect preyed on young children using Snapchat and mutual acquaintances! When this happens in our community, those committing such heinous acts will be apprehended and charged accordingly," Sheriff Smith said. “Please be vigilant and if you have young children using social media, carefully monitor their content to protect them from being victimized."